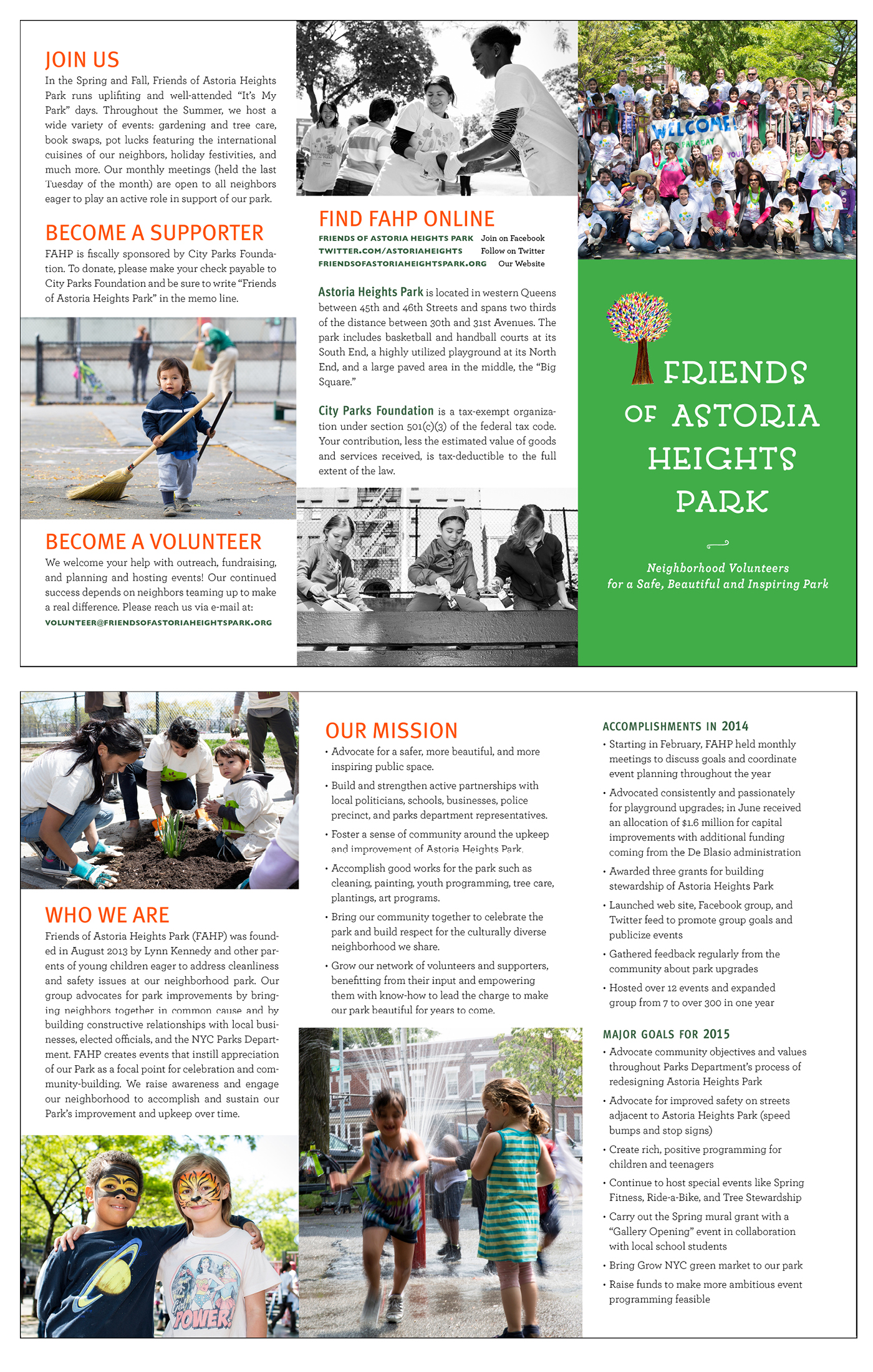 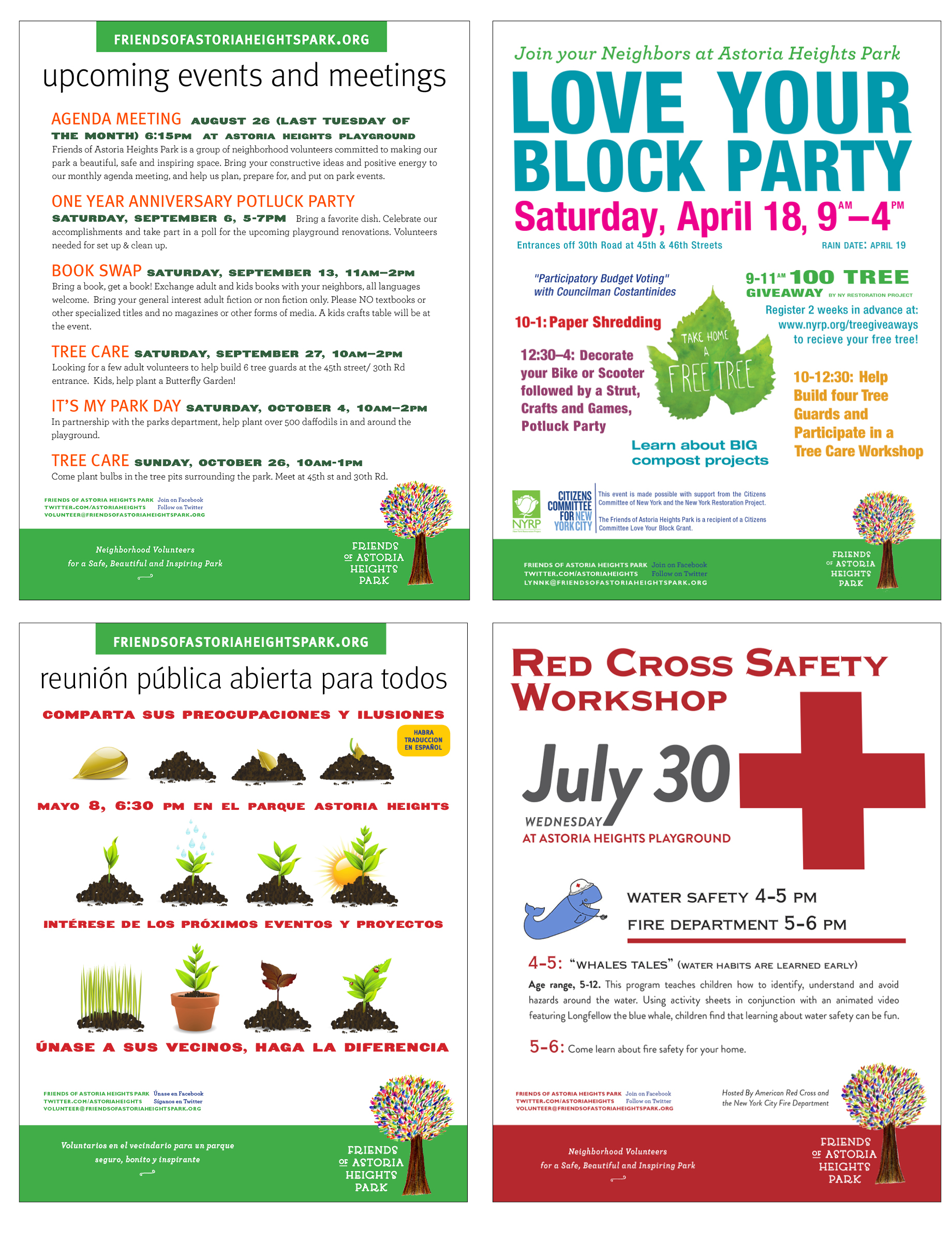 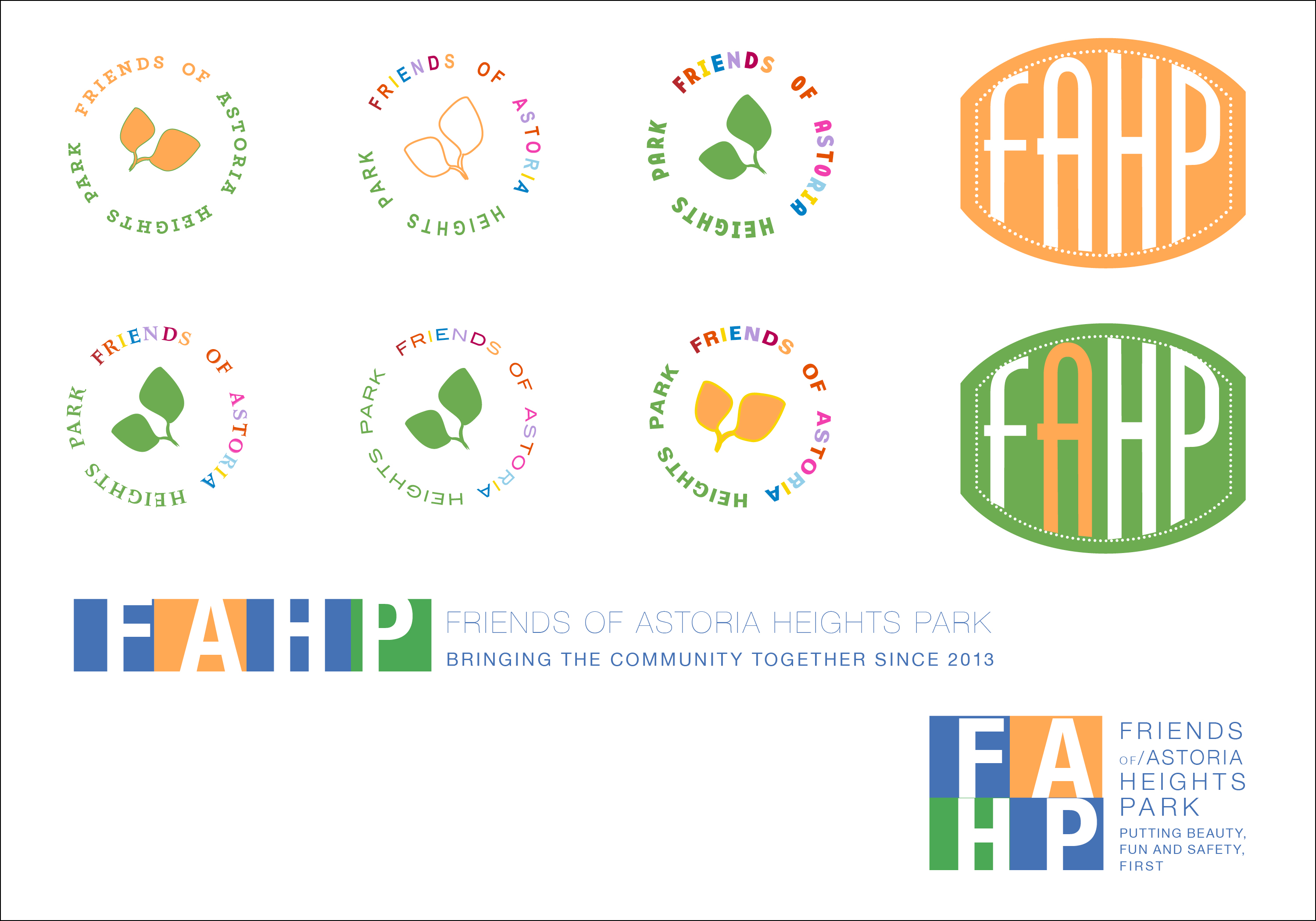 From the moment the group formed, I believed it was imperative to establish an identity would help increase visibility of our group and bring the neighborhood together. I wanted to create a logo that would appeal to kids and adults, reflect a positive and joyful outlook for the future of the park, reflect the vibrant diversity of our neighborhood, and avoid looking too polished and corporate, given the group’s informal, volunteer origins and status. Its consistent use also would help us to be taken seriously in our advocacy.

I created all of the organization’s identity and print matter from logo creation to flyers, a decal, a branded tote bag, a 10 foot long banner, brochures, event promotions, surveys and sign up sheets. Green and orange were the primary colors identifying the group, along with the hand illustrated tree logo alongside the group name. While the illustration lended itself to those initial design ideas, if the group’s mission were to evolve and continue, my revision for the group’s identity would be towards a vector based logo and I would revisit some of the initial concepts I created.

Friends of Astoria Heights Park is a grassroots volunteer organization created in 2014 to raise awareness of an Astoria, NY playground. Astoria Heights Park is the largest open public space for miles in any direction and the community it serves is as diverse as Queens itself. As one of the original founding volunteers with this group, our goal was to voice our concerns and issues persuasively to local politicians and encourage the community to become involved with the park and their neighbors. The group was ultimately successful and the park was awarded a multimillion dollar renovation that completed in 2018. The group continues to work on bringing people together at the park for special events.